Country side and urban life comparison

Country side and urban life comparison 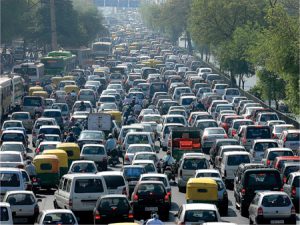 Life in the country side / urban life

I would like to compare the advantages and disadvantages of living in the country side.

One of the biggest advantages of living in the countryside is less pollution and less noise, because of less traffic. Although there is noise in a village, too.  There is no noise of traffic, sirens from police or fire fighters but the noise from animals, gardening tools or fieldwork machines.

Well, on the other hand, country life has disadvantages, too.

There aren’t so many shops or shopping malls nearby to you and some shops don’t open the whole day and sometimes they close very early or close during lunchbreaks. In a big city, many shops are open the whole day, means 24 hours – 7 days a week. You can find all types of restaurants from every country of the world, so you have a big offer. Against that, in the village you will be lucky to find a restaurant and you will be even luckier, if the restaurant is good too.

Mostly you have a good public transportation system. You can use all means of public transport in the city, like metro, bus and train. You don’t need an own car to get from A to B. Mostly you are faster without a car, because in the city there are traffic jams during the rush hour very often. In the countryside you are lost without an own car, because the distances are often very long and the trains or buses usually leaving one per hour

Well, the rent depends on where you live in the countryside. If you live near the big city, the rent is very expensive, because you are very fast in the town to go working and after work you can drive out. But the further distance to a city is, the rent will be decrease. That fact depends on the supply and demand for flats.

The rents in the city, especially in the center of the towns, are increasing more and more, because many people want to live their but unfortunately there are not so many flats. Thus only the rich people can afford to live in the center and the others must search further outside.

So all in all both sides have advantages and disadvantages. I prefer to live in the countryside but only near to the city. So you are very fast in the city and you can go out the city very fast, too. Mostly I do not need the advantage to go shopping 24/7.